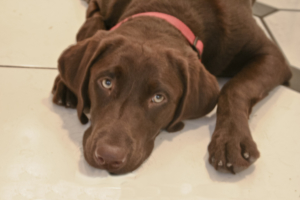 There once was a girl who loved trees.
She swung from their limbs with great ease.
When asked to come in,
The girl made a grin,
Then hung upside down by her knees.

My mother once gave me a date.
I snuck the old yuck off my plate.
My mother found out
When she saw the dog’s snout
In a strangely gelatinous state.

Earlier in the summer Michelle Barnes asked me if I’d be willing to send her a poem for Limerick Alley. I was so honored and inspired by her request that I wrote and sent three. She posted one earlier this week with a fabulous illustration by her daughter. Above are the two others written for Michelle.

For more Poetry Friday, visit Renee at No Water River.

There once was a boy with a stick
Who wanted to try a cool trick.
He threw the stick up,
Held his hands like a cup
And grasped the fine point of the stick.

There once was a girl who loved rhyme.
She rhymed when she talked all the time.
Her friends grew to hate
This maddening trait
And prompted her interest in mime.

A few weeks ago I wrote about why I think we could all benefit from spending some time reading and writing haiku. This week I want to advocate for a very different form—the limerick.

Here’s why I think kids, and their grown-ups, should study and write limericks:

2. Limericks have a strong, easily identifiable rhyme and meter.

3. Because of #1 and #2, limericks provide a perfect jumping off point for the study of rhyme and meter.

Lately, I feel like I’m reading more warnings against writing in rhyme and meter and even against teaching children to write in rhyme and meter because it’s so hard. It is hard. Often the difference between an excellent poem and a poem that makes you wince is the rhyme and/or meter. Rhyme and meter are basic elements of poetry, music, language, and humor. We can’t give up! We need to study and practice and work. Limericks provide a great opportunity to do that work, while also having fun.

For anyone who’s interested, here’s one possible approach to teaching the limerick:

1. Read a limerick out loud and have the kids read it out loud multiple times, until they can nearly sing it by heart.
(Be sure the example follows the rules of the form very closely.)

Here’s a classic by Edward Lear:

There once was a man with a beard
Who said, “It is just as I feared!
Two Owls and a Hen,
Four Larks and a Wren,
Have all built their nests in my beard!”

3. Show the kids a different version of the same limerick that disrupts the rhyme:

For example, with apologies to Mr. Lear:

There once was a man with a beard
Who said, “It is just as I dreaded!
Two Owls and a Hen,
Four Larks and a Jay,
Have all built their nests in my hair!”

You might want to mention that Lear’s limericks often use the same word at the end of the first line and at the end of the last line. Sometimes contemporary readers don’t seem to feel comfortable with this rhyming of the word with itself.

4. Show the kids another version that disrupts the meter:

For example, again with apologies to Mr. Lear,

Once there was a man with a beard
Who exclaimed, “It is exactly as I feared!
Owls and white Hens,
Twenty-one Larks and Wrens,
Made nests in my long beard!”

I think that by comparing this version to Lear’s, kids can see for themselves the importance of getting the meter right.

5. Give the kids another messed up limerick.

Here’s another Lear limerick I’ve taken the liberty of ruining:

Once there was a Young Lady of London,
Whose shoelaces were almost never untied.
She bought some clogs,
And some tiny spotted cats,
And frequently galloped about Ryde.

There was a Young Lady of Ryde,
Whose shoe-strings were seldom untied.
She purchased some clogs,
And some small spotted dogs,
And frequently walked about Ryde.

6. Finally, ask them to write their own limerick. I think it’s important to mention that it’s harder than it sounds. I would also provide opportunities to get help—either from partners or the whole group. And as always, when I ask kids to write, I write. I want them to see that I’m willing to take on all the risks and challenges I ask them to take on. Often I’m the very first to ask for help.

For more Poetry Friday, visit Laura Salas at Writing the World for Kids.

Next week, Poetry Friday will be here! 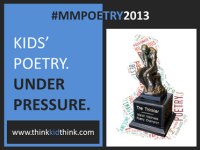 Ed DeCaria at Think Kid, Think! has once again organized a crazy poetry tournament. Competitors have 36 hours to write kids’ poems using ridiculous words given to them by Ed. Outcomes are determined by those who visit the website and vote. Winners advance to the next round (like the March Madness basketball tournament). The whole tournament takes a few weeks.

My first-round word was hubris. (My opponent’s word was chisel.) I wrote two poems. You can find the first at the tournament website.

Here is the second:

The Girl in the Hole

There once was a girl with great hubris,
Who exclaimed without shame, “I can do this!”
When she came to a hole,
She leaped (like a mole)
And found that she’d been quite amiss.

When you have a free moment, visit the tournament, read some great poetry, and vote!

For more Poetry Friday, visit Check It Out. 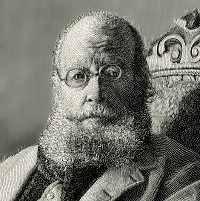 There was an old man with a hat.
The hat had a hole for a bat.
When the bat flew away,
The man cried, “Please stay!”
How I hate to wear a cold hat.”

There was an old man with a slug.
He wanted to give it a hug.
The slug cried, “Oh no!
You must let me go!
Your hugs are too snug for a slug.”

There once was a boy with a frog.
What he’d wanted to get was a dog.
The boy ordered, “Sit!”
The frog had a fit,
And burped, “First, you must get me a log!”

Oh my poor family, for I have dedicated this week to the limerick. Once I started, I found it nearly impossible to stop. I can still hear the anapests galloping in my head. As you probably know, a limerick is a five-line poem in which the first, second, and fifth lines rhyme and use the following pattern of accents—da DUM, da da DUM, da da DUM. Lines three and four also rhyme and follow this pattern of accents—da DUM, da da DUM. (Alternatively, lines three and four can be combined into one line with an internal rhyme, which is how Edward Lear wrote them.) In some limericks the last word of the last line repeats the last word in either line one or line two. Though traditional, this repetition seems to offend some of today’s readers.

My favorite limerick is from Edward Lear’s Book of Nonsense:

There was an Old Man with a beard
Who said, “It is just as I feared!–
Two Owls and a Hen,
Four Larks and a Wren,
Have all built their nests in my beard!”

To me this poem seems a perfect example of the kind of innocent silliness kids (and grown-ups) enjoy. But as a poet, what I really admire is Lear’s simple language and what appears to be an effortless use of the form. After a week of writing limericks, I’m guessing that what seems effortless is actually the result of great effort, great talent, and good fortune. Compared to the example above, many limericks act like contortionists, twisting themselves uncomfortably to fit the form. It’s the rare limerick that glides across the tightrope with grace and ease.

For more information about the limerick, visit Poets.org.